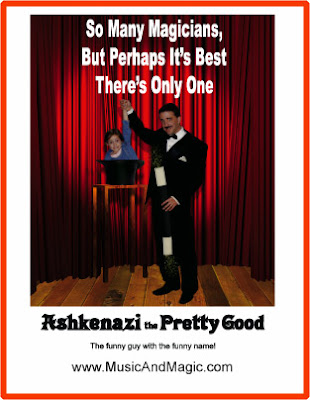 I tell you, I am getting a little sick of Kevin's blah-blah-blah. Austria this, Austria that. Fey!

Let me give it to you straight. I didn't get ONE date while I was there. And I have a magnificent mustache, and a sexy European accent, which is all the more attractive when in Europe. Yet not ONE woman proposed marriage to me. Barbaric, Vienna. And they have Starbucks now. Imagine my surprise. Hey, I think the invading barbarian hoards may take different forms, don't you think? Sometimes they don't dress in animal skins, but drink mediocre coffee in paper cups WHEN NOT LEAVING the café! I am a foreigner I know, but even Europeans are acting in ways I find odd and positively alarming!

Now for something interesting. I'm reading a fascinating book called, "The Magician and the Card Sharp," published in 2005, written by an American named Karl Johnson. I think even non-magicians would enjoy it, but I find it fascinating. It is a biography of America's most important magician, Dai Vernon, centered on his quest for finding a man who can do an impossible trick. Actually, literally a quest - he travels through middle America during the Depression, looking for this fellow. A fascinating, true tale.

I have to go practice. I just didn't want Kevin to torture you any more with blah-blah.

With my Profound Sentiments,
Ash
Posted by Kevin the Manager at 11:17 AM